Who do you think is the champion in bridge construction? Where are the longest surface highways? This and many more interesting things about giant record-breaking bridges are told in our material.

The most unusual structures of mankind, bridges, today acquire gigantic proportions. Countries compete in what technologies they use in the construction of viaducts and cable-stayed structures, who will be able to build the longest bridge in the world. New materials, a huge amount of resources, incredible human efforts — all in order to speed up movement, connect previously inaccessible areas and generally improve people’s lives.

It’s no secret that China has been progressing at an incredible pace in recent decades. First of all, of course, railways and construction are also developing.

The giant viaduct is part of the Beijing-Shanghai railway, at the same time it is the fastest part of it. Trains here are rushing at a speed of about 380 km / h. So why was the viaduct built? The fact is that other ways of building a railway (for example, an embankment) were impossible on this section of the road. The viaduct crosses rivers, swamps and even Yangchenghu Lake.

Maybe this object is not the most beautiful in the world, but it is thanks to its length that it is listed in the Guinness Book of Records.

2. The Changhua-Kaohsiung Viaduct — against earthquakes

The second longest aboveground structure, also a railway viaduct, is already located in Taiwan and is part of the Taiwan high—speed railway. An interesting fact: this railway was built in addition to the usual one, and its stations are somewhat removed from the usual railway stations. In order to deliver passengers to the platforms, the management of the highway even had to launch special buses.

In Taiwan, the construction of the viaduct was also a forced decision. Only here, such an object is needed not so that the main line stretches through lakes and rivers, but to minimize possible dangers from seismic activity. Earthquakes often occur in these areas, which destroy an ordinary railway embankment. The viaduct was created using anti-seismic technologies, which since 2004 (and it was then that this section was opened) have shown themselves in the best way. 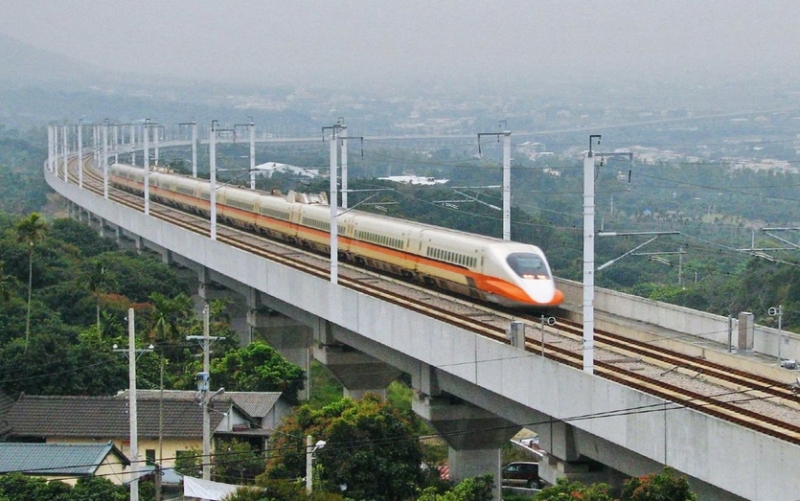 Like the longest in the world, this viaduct is also part of the high-speed railway from Beijing to Shanghai. And it is also considered super-long. This section was designed in such a way that high-speed trains could cross numerous water obstacles. There are a lot of tributaries of the Heihe River in the Tianjin region, which used to interfere with normal railway communication.

The viaduct was built incredibly quickly, in two years. In 2010, the construction was completed despite the fact that it began in 2008. In 2011, the building was inaugurated, and since then, traffic has not stopped here. In addition to river obstacles, this part of the highway passes through the densely populated areas of Wuqing and Xiqing of Tianjin, or rather above them. The construction would require the removal of residential blocks if the technology were traditional. 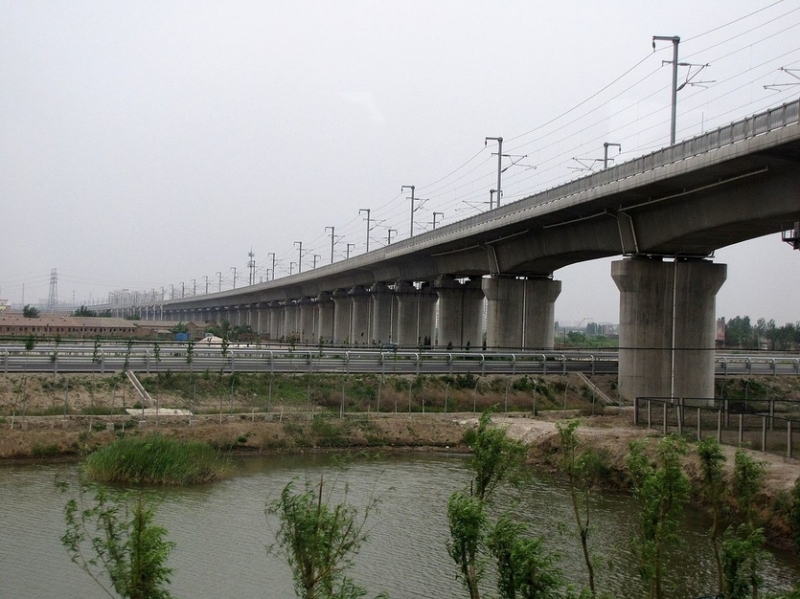 4. The Chandei Viaduct is the most mysterious

This giant is also a decent segment of China’s high—speed railway leading from Beijing to Shanghai. This object is the least known of all the giants. However, it is no secret that it stands on 3,092 huge pillars and is located in a picturesque mountainous region of China. In total, the structure has 3,069 spans of various types, and the largest span is 128 meters. In order to prevent the destruction of huge supports, it was constructed using pre-seismic technologies. 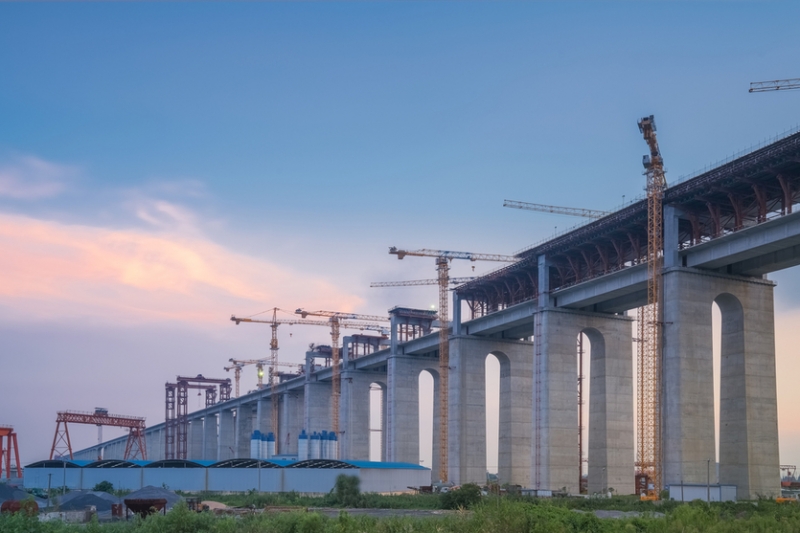 5. Bridge over the Wei River — railway over the rivers

The Wei River is not very famous, and not the largest in China, but it has become an obstacle to the railway connection to Shanghai from Beijing. This railway crosses the river twice, as the river winds. 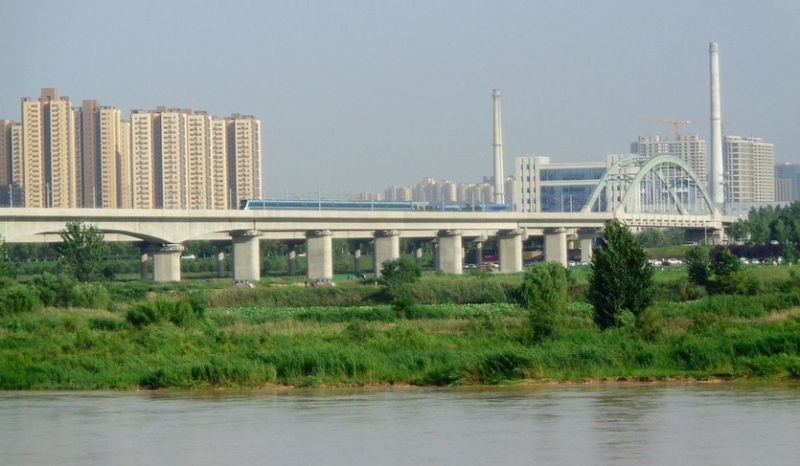 This giant is a fragment of the Zhengzhou Express Train Line. The path connects the cities of Zhengzhou and Xi’an by direct high-speed communication. It is not uncommon in the People’s Republic of China.

More than 10,000 workers worked on the construction of the highway. Also, 2,300,000 cubic meters of concrete and 45,000 tons of steel were spent during the construction. 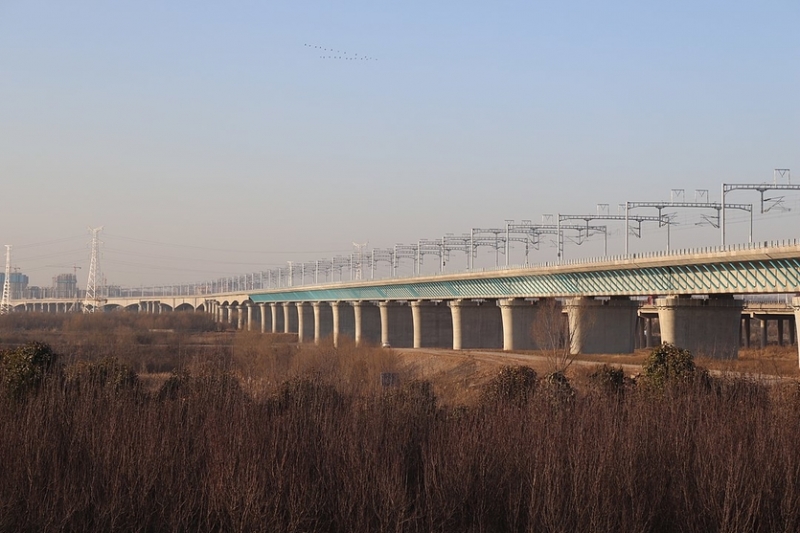 The famous and very beautiful thread of the aerial overpass, it is one of the longest bridges in the world over water. It connects Hong Kong, Macau and Zhuhai City. And one of the most expensive projects. Investments in it amounted to about $ 20 billion, and the governments of China, Guangdong, Hong Kong and Macau financially participated in the construction. This construction is heterogeneous. Along its length, the thread of the overpass can be tunnel, surface, and even underwater. 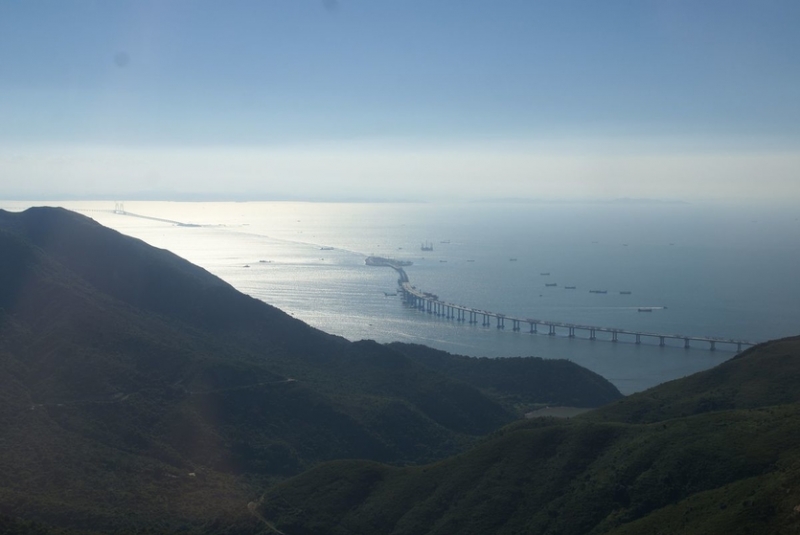 The main part of the road has a double three-lane carriageway. It contains both an underwater tunnel and three sections raised above the surface of the water (all this was designed in order not to be an obstacle to navigation). The approximate service life of trestle and tunnel structures is determined at 120 years. 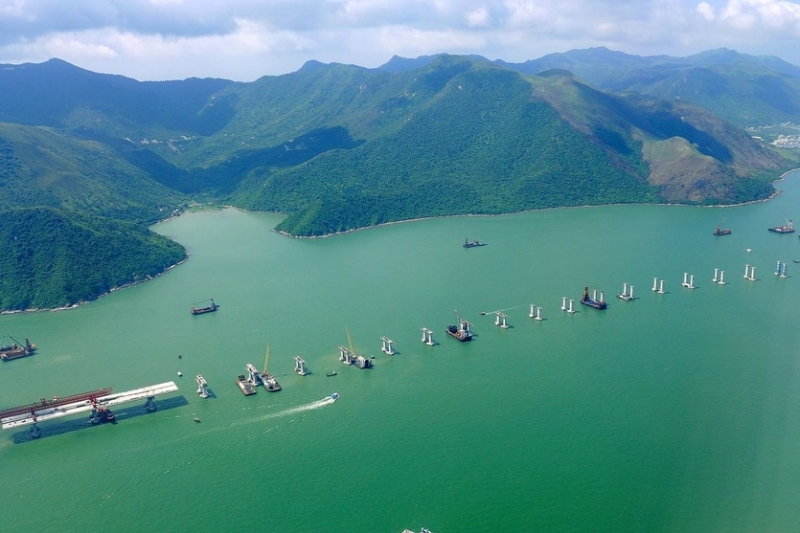 Until 2008, this highway was considered the longest bridge in the world, until longer facilities were created.

In fact, this highway is the «second floor» above another highway in Bangkok, the capital of Thailand. Escaping from endless traffic jams, the government decided to build an additional six-lane toll highway. It was built in 5 years. The price of the construction was about $ 1 billion. Now the movement of cars is carried out on two levels, which solved the traffic problem. 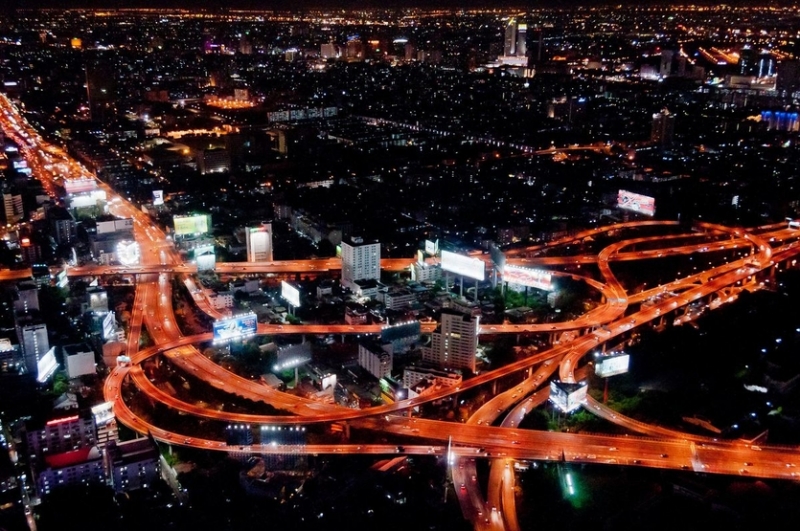 8. Jaber Dam is another longest bridge in the world over water

This automobile overpass is located in Kuwait. Located in the Bay of Kuwait, this structure is also a dam. An interesting fact is that when planning the bridge, possible harm to the biosphere was taken into account and minimized: unique green tiger shrimps, which were found only in this place, were carefully relocated and now exist in the surrounding waters.

This giant is both girder and cable-stayed, it crosses the bay completely. In 2 places, artificial islands are specially filled for him. It was named after Jaber al-Ahmed Al-Jaber al-Sabah, Emir of Kuwait in 1977-2006. The superdamba project, along with many others, is part of the Kuwait Vision 2035 development concept for this region, which even implies the construction of a new city on the opposite side of the bay. 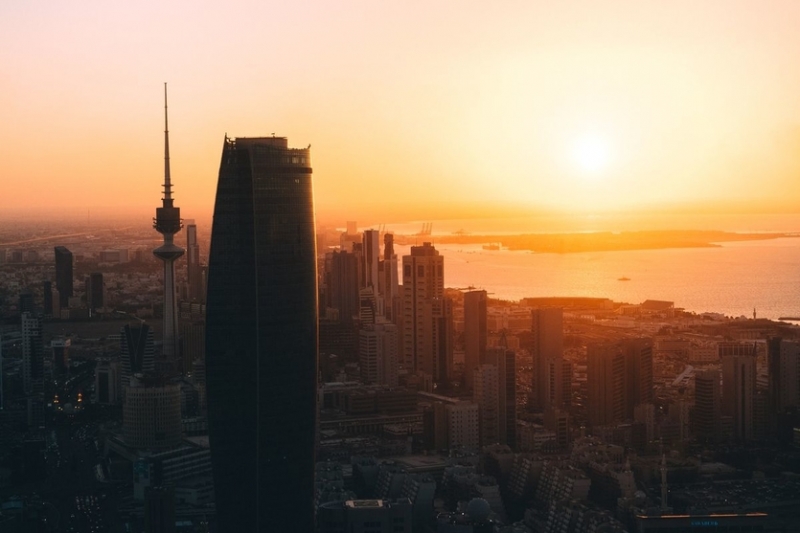 This fragment is different from other parts of the famous railway. The main part of it is made of prefabricated parts according to the method of prefabricated construction. This at one time accelerated the construction of the structure. Now it takes 20 minutes to travel along this section at the usual speed of an express locomotive. 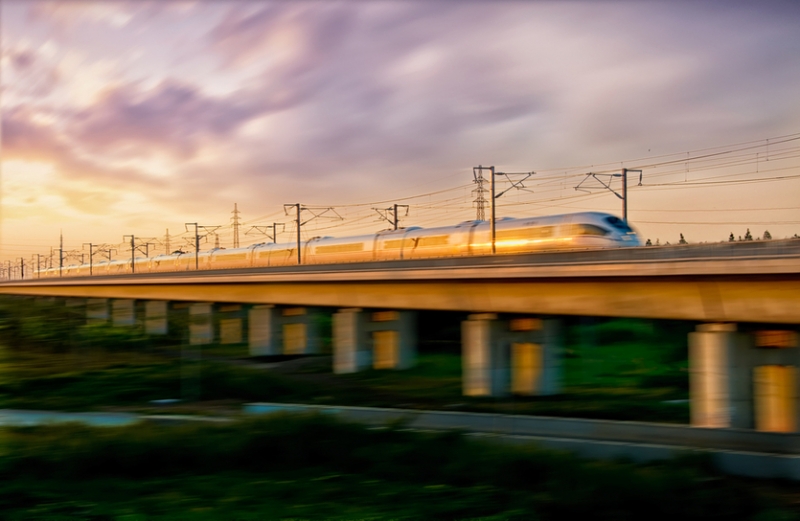 10. The dam on Lake Pontchartrain is the oldest of the long trestles

The first American bridge in our list is only in tenth place, losing the first places to Chinese mega-structures. The dam connects the cities of Metairie and Mandeville, cutting the lake strictly in half.

Since 1956, there has been an overpass at this place, it replaced the ferry crossing of previous years. Over time, only the designs changed to more modern ones. This overpass is double, with a thread in each direction. At the same time, it has always been paid. If earlier the price for entry from either side was the same, now, entering from one side, you have to pay double the price, and on the other — not to pay at all. 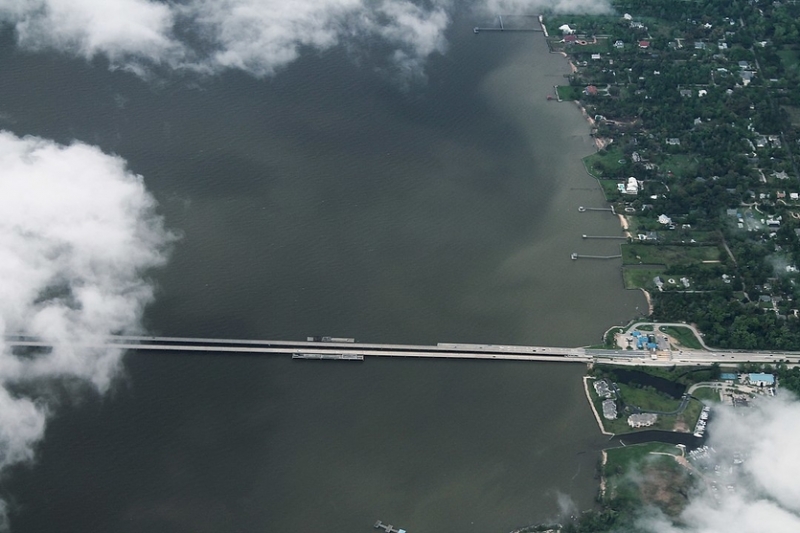 Bonus: Russian is one of the longest cable—stayed bridges in the world

The most famous representative of Russia in this list, built in 4 years, is the Russian Bridge. It connected Vladivostok and Russian Island. The first bridge projects in this area were back in 1939 and 1960, but they were never implemented. Obviously, because the construction required considerable investment. So, as a result, about a billion dollars were spent on all the construction work.

A special economic zone was created there to popularize Russian Island and attract tourists and investors there. Now this island is visited by thousands of travelers. Vladivostok city buses also run along the bridge. Travel time is about 50 minutes. 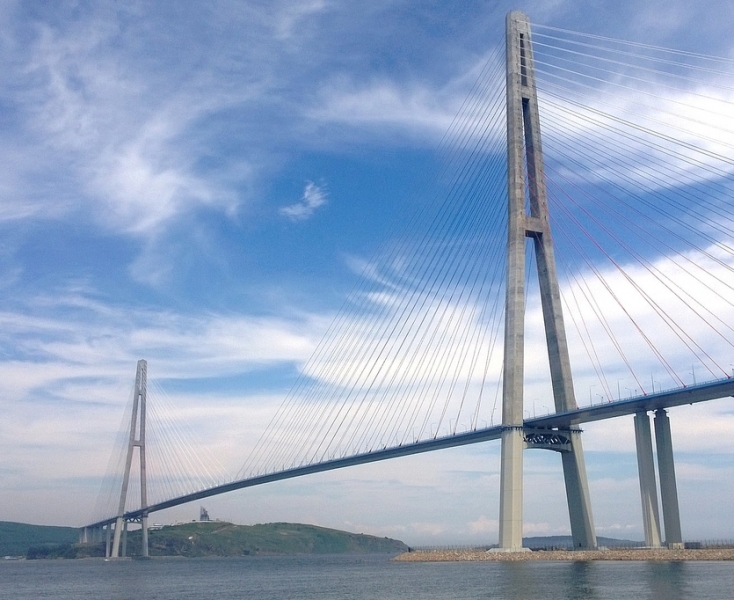